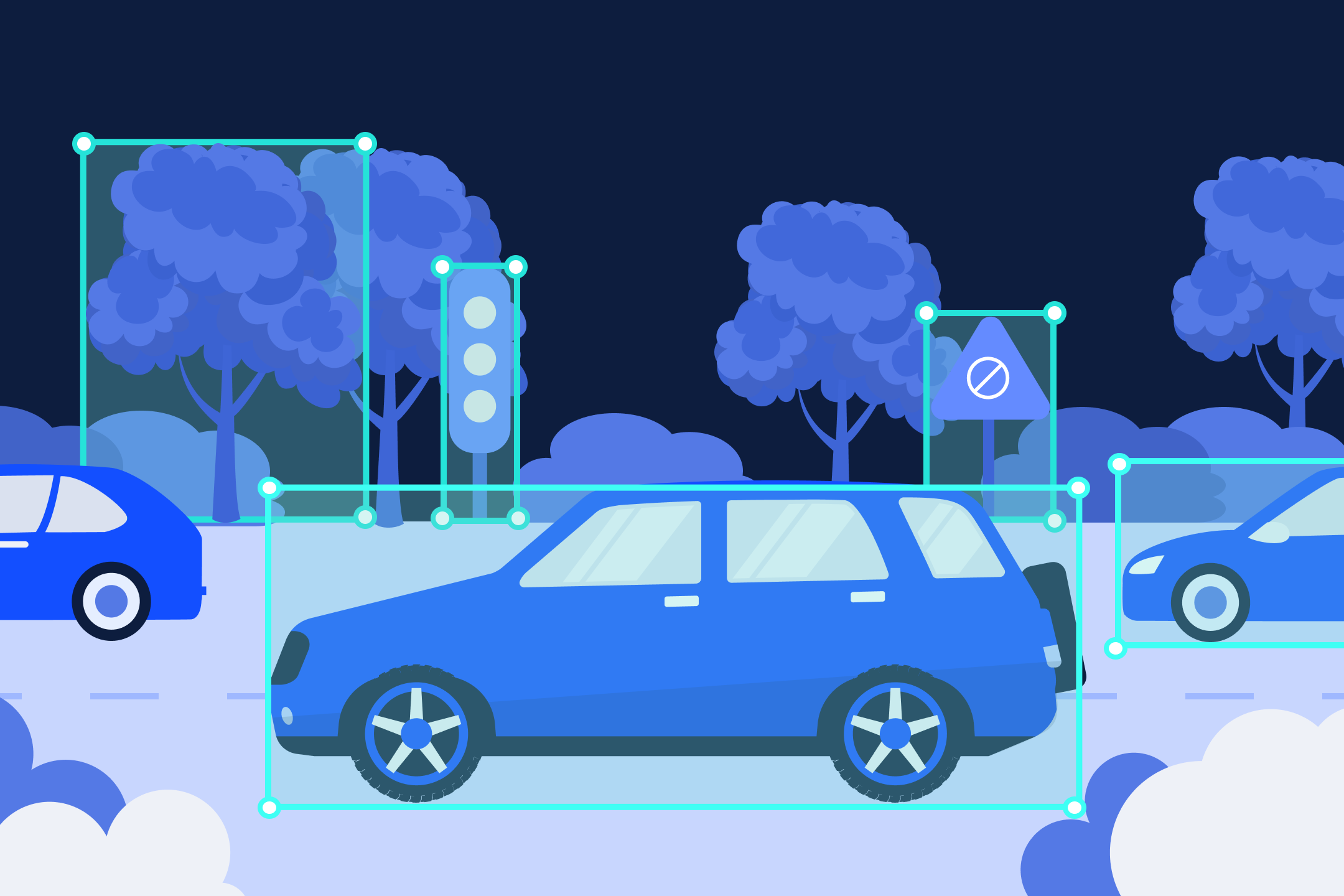 It’s 2021, and we’re already gearing up for the new era of full self-driving cars. As automotive companies are competing to achieve level 5 autonomy for vehicles, high-quality and diverse training datasets have acquired a vital status in the development process. The players who are closer to the finish line are those who’ve broken the garbage-in-garbage-out cycle with training/labeled data because we are all aware that machine learning models are only as good as the data used to create them.

The most efficient method of acquiring good training datasets is to create them. Labeled datasets designed for specific autonomous problems tend to help ML teams achieve better success rates in solving those predefined problems. But we also understand that everyone cannot afford to heavily invest in creating special training datasets. And that’s why we’ve curated a list of the top 12 open datasets that can get you started immediately.

The Waymo Open Dataset released at CVPR (2019) is one of the most popular, high-resolution sensor data for autonomous driving projects. The dataset features 1950 segments (20-second sequences) of driving data collected at 10 Hz with multi-sensor data from 1 mid-range lidar, 4 short-range lidars, and 5 front+side cameras. There are approximately 12.6M 3D bounding box labels on lidar data and 11.8M 2D bounding box labels on camera data, along with tracking IDs. It also provides synchronized lidar and camera data, lidar to camera projections, sensor calibrations, and vehicle poses that amplify the data usability for various use cases. The dataset also offers a high diversity by factoring in variables such as weather, pedestrians, cyclists, night time, daylight, construction, downtown, and suburban conditions.

Find out more about the scalability, diversity, object detection, and tracking baselines of the dataset here.

Lyft’s large scale dataset provides sensor inputs and maps for perception engineering models and detected traffic agents for better motion prediction and trajectory planning to accelerate the development of  Level 5 self-driving cars. The dataset is collected from three synchronized lidars (1 roof-mounted and 2 on the bumper) that produce more than 215K points at 10 Hz, six 360° cameras, and one long-focal camera pointing upwards. All cameras are synchronized with lidars. The Prediction Dataset contains 170K road scenes from over 1000 hours of movement of traffic agents like cars, pedestrians, and cyclists, and close to 15K HD semantic maps. The maps feature semantic elements like lane segments, pedestrian crosswalks, stop signs, parking zones, and speed bumps. The Perception Dataset contains 1.3M 3D annotations and 350+ scenes that come in 60 -90 minute sequences. The datasets also include real-world scenarios like intersections and multi-lane traffic.

LiDAR Object Tracking in ApolloScapeIn 2018 Baidu released ApolloScape. The data volume of ApolloScape was at the time 10 times greater than any other open-source autonomous driving dataset, including Kitti and CityScapes.

The Oxford RobotCar Dataset contains over 100 repetitions of a consistent route through Oxford, UK, captured over a period of over a year. It contains video, LiDAR, RADAR datasets for urban traffic including GPS, vehicle data and codes. The dataset includes a fairly diverse mix of many different combinations of weather, traffic and pedestrians, along with longer term changes such as construction and roadworks.

Google open sourced its largest human-made and natural landmarks dataset to support advance instance-level landmark recognition. The dataset was released as part of the Landmark Recognition and Landmark Retrieval Kaggle challenges in 2018.The dataset contains more than 2 million images depicting 30 thousand unique landmarks from across the world, a number of classes that is ~30x larger than what is available in commonly used datasets.

In 2019, Google released Landmarks V2, a larger landmark recognition dataset than the previous version. The dataset includes over 5 million images (2x that of the first release) of more than 200 thousand different landmarks (an increase of 7x). Due to the difference in scale, this dataset is much more diverse.

The KITTI (Karlsruhe Institute of Technology and Toyota Technological Institute) dataset was released in 2012. They offer 2D, 3D, and bird’s eye view object detection datasets, 2D object and multi-object tracking datasets and 2D multi-object and segmentation datasets, road/lane evaluation detection datasets, both pixel and instance-level semantic datasets, and raw datasets. Data is diverse with datasets including cityscapes, residential areas, and campus areas. The sensor set-up was equipped with a standard station wagon with two high-resolution colors, grayscale video cameras, a Velodyne laser scanner, and a GPS localisation system. Datasets are captured by driving around the mid-size city of Karlsruhe, in rural areas, and on highways. Up to 15 cars and 30 pedestrians are visible per image. Besides providing all data in raw format, the datasets also extract benchmarks for each task. For each of our benchmarks, we also provide an evaluation metrics.

Note: The images in this blog are not owned by Playment. They have been sourced from Google for visual representation of these datasets.